Established in 1977, York Early Music Festival has been delighting audiences now for several decades and is considered the ‘jewel in the crown’ of its organisers, the National Centre for Early Music (NCEM). Every July a line-up of world-renowned instrumentalists, vocal groups and artists present classical works from the 18th century and before. There is perhaps no better environment to discover this music than York, with its assemblage of historical buildings: from St Margaret’s Walmgate, where the NCEM is based, to St Lawrence’s Church, the second largest religious building in York, whose old church tower dating back to the 12th century still sits within the churchyard.

York’s most distinctive ecclesiastical structure is, of course, York Minster. A magnificent cathedral – one of the largest in Europe, with a legacy dating back to the 7th century – it towers over the surrounding city where it has stood for centuries, and houses a truly awe-inspiring collection of medieval stained glass among its many treasures. We will visit this majestic space for two of our evening concerts in addition to a guided tour.

Among the varied concerts on offer for 2022, we plan to attend a performance by The Gonzaga Band, a chamber ensemble whose innovative mission – based around the legacy of the powerful Gonzagas of Mantua – is to “explore the intimate relationship between vocal and instrumental performance practice in the Early Modern period”. We also plan to include a celebration of the birthdays of Thomas Tomkins and Matthew Locke with acclaimed recording artists and frequent festival performers, the Rose Consort of Viols. Lunchtime programmes will range from award-winning trio sonata group La Vaghezza to the University of York Baroque Ensemble, and our days will conclude with evening concerts from The Tallis Scholars – who will bring us works by Josquin, Palestrina and Byrd – and the celebrated Gabrieli Consort & Players with their director Paul McCreesh.

Complementing the musical highlights, our tour will also feature a selection of wider cultural experiences. We will explore York’s medieval history with a historical walking tour and visit to the beautifully reconstructed Barley Hall. We will also make an excursion to Castle Howard, a Baroque estate originally conceived by Charles Howard, 3rd Earl of Carlisle, who – perhaps surprisingly – chose the untested John Vanbrugh to bring it to life with extraordinary results. The estate has more recently been used for numerous film and television productions including 1981’s Brideshead Revisited.

This tour will be led by Professor Ashley Solomon, a Fellow of the Royal College of Music and the Royal Academy of Music, Chair and Head of Historical Performance at the Royal College of Music, and Director of early music ensemble Florilegium. With Florilegium he has recorded 35 CDs on the Dutch Channel Classics label, many of which have garnered international awards. To date they have performed over 1300 concerts worldwide, including 77 at London’s Wigmore Hall and at previous York Early Music Festivals. Ashley has been working with Bolivian musicians since 2002 to promote the music of Moxos and Chiquitos Indians and in 2008 received the prestigious Bolivian Hans Roth Prize. 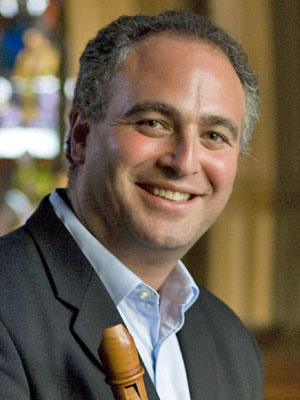 With Florilegium he has recorded 35 CDs on the Dutch Channel Classics label, many of which have garnered international awards. To date they have performed over 1,300 concerts worldwide, including 77 at London’s Wigmore Hall. Ashley has been working with Bolivian musicians since 2002 to promote the music of Moxos and Chiquitos Indians and in 2008 received the prestigious Bolivian Hans Roth Prize.

Although this is not a strenuous tour, it will involve a moderate amount of walking around central York, and negotiating steps and uneven terrain. Participants should meet ACE’s usual fitness requirements, as outlined in our Booking Terms & Conditions.

This tour assembles at 1230 on 10 July in time to attend our first concert at 1400. If you would like to arrange an additional overnight stay at the hotel on 9 July, please mention this when you make your booking and ACE would be happy to arrange it for you at the cost of the extra night (as a supplement).

Please note that the itinerary represents a guide to what we hope to offer, and some elements may be subject to change or confirmation nearer the time.
Days
6
Cost
£1745
Tour Code
YEMF-22
Places are limited.
Please contact the office
for more details.