"Our lecturer, Paul Jackson, was informative and entertaining"

"I was so impressed by Paul Jackson... his talks prior to the operas were very useful for background and understanding. Also he was very ready to field questions at meals!"

ACE customers who travelled with Paul Jackson in 2021

Established for over one hundred years, Verona’s internationally renowned opera festival ranks as one of the most outstanding in the world. Staged in the monumental ancient Roman amphitheatre known as the Arena di Verona, the festival has hosted many of the world’s greatest opera singers and some of the most magnificent sets in the classical world. As dusk falls and the candles are lit, we take our seats for three operatic masterpieces.

Our tour to the 2022 festival begins with Bizet’s Carmen courtesy of director Franco Zeffirelli, who made his debut at the Arena with this same work in 1995. Next we will experience perhaps Verdi’s best-known opera: La Traviata. Based on Alexandre Dumas’ play, The Lady of the Camellias, this deservedly famous work explores themes of forbidden love, personal sacrifice and doomed youth. Overflowing with memorable melodies, Verona’s 2022 production boasts luxurious sets by Zeffirelli and beautiful costume design by Maurizio Millenotti.

On our final evening we have the opportunity to experience one of the festival’s defining operas since its inaugural festival performance in 1913, Verdi’s Aida. With its dramatic public scenes and moments of private intimacy, this beloved work comes to life amongst the stunning sets and costumes of Zeffirelli and Anna Anni.

In ‘fair Verona’, the city of Romeo and Juliet, we will explore evocative Roman ruins and splendid medieval churches. An excursion will take us to the shores of Lake Garda, which has enchanted writers and travellers from Catullus to Tennyson. In Vicenza we will admire the architectural genius of Palladio, whose articulated classicism graces both private and public buildings in the city, earning it UNESCO World Heritage status.

We will stay throughout at the comfortable and elegant Hotel San Luca, located a five-minute stroll away from Verona’s Arena.

This tour will be led by Paul Jackson, MA, PhD, a conductor, pianist, musicologist and former Director of Music at Anglia Ruskin University, Cambridge. Paul has enjoyed an extensive career as a conductor of opera and also as a chamber musician, performing widely in the UK, Europe and America. 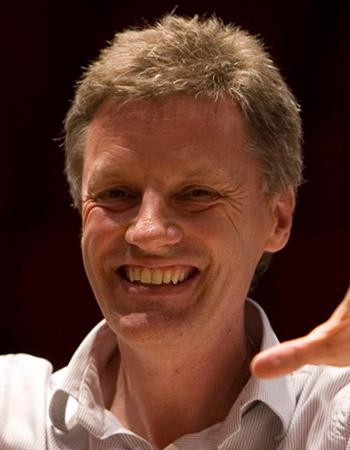 "Our lecturer, Paul Jackson, was informative and entertaining"

Paul Jackson, MA, PhD, is a Senior Fellow of the Higher Education Academy and was, for over twenty years, Head of Music and Performing Arts and Director of Music and Performance at Anglia Ruskin University, Cambridge. Paul has also enjoyed an extensive career as a conductor of choirs, orchestras and opera, and as a solo and chamber music pianist, performing in the UK, Europe and America. Equally at home in music from the nineteenth century to the present day, Paul is an enthusiastic supporter of young and aspiring composers, and has commissioned and performed many new works for a variety of musical forces. He has published widely on the music of the Australian composer Percy Grainger, and is President of the Percy Grainger Society, New York.

This tour involves a significant amount of walking over cobbles, up and down steps (sometimes without handrails), and potentially in hot sunshine or over wet pavements. A good level of fitness is required to complete the itinerary, although allowances can be made for those with less stamina. Participants should meet ACE’s usual fitness requirements, as detailed in our Booking Terms & Conditions. The walk from the hotel to the Arena is on flat ground and takes around five minutes. Please note all performances are scheduled to begin at 2100.

Excursion by coach to Lake Garda and its lakeside towns including Riva and Garda (weather permitting). By boat to Limone on the north-western side of the lake, before crossing to Malcesine for dinner.

Please note that the itinerary represents a guide to what we hope to offer. While we will endeavour to deliver this itinerary in full, some elements may be adjusted nearer the time, particularly owing to local weather conditions. Performance details may also be subject to change by the festival office.