Uzbekistan: Cities of the Silk Road

"Steve was an engaging tour guide and great story teller, knowledgeable and aware of the group’s capabilities and interests"

- ACE Customer on a recent tour with Steve Mastin

Uzbekistan has long been a prized territory: in the 4th century BC Alexander the Great married the daughter of a local chieftain, and in the 13th century Genghis Khan waged war over the region. It was Timur, better known to us as Tamerlane, who finally overpowered the Mongols and established Samarkand as the glittering capital of an empire encompassing much of Central Asia.

Our tour begins in the modern capital, Tashkent, where the exhibits of the city’s museums will set our investigations in context. From there, we head to the oasis town of Khiva – once the final stopping-point of caravan trains before they set out on the long journey across the desert for Persia. The inner citadel of Ichan Kala, surrounded by huge crenellated clay walls, was the first site in the country to be listed by UNESCO. Architectural delights include the Juma Mosque, with its forest of carved wooden columns – the oldest of which date from the 10th century.

We will traverse the Kyzylkum desert to Bukhara, a centre of culture and civilisation from the 6th century BC. The armies of Genghis Khan left little intact from the city’s earliest days, with a notable exception being the perfectly preserved 10th century Ismail Samani Mausoleum.

Founded as early as the 7th century BC, the city of Samarkand is one of the oldest in all of Central Asia. Captured by Alexander the Great in 329 BC, it passed through the hands of successive civilisations before reaching its zenith as the capital of the Timurid Empire. The archaeological site of Afrasiab is preserved, along with astonishing frescoes bearing testimony to the vanished Sogdian civilisation that dominated trade along the Silk Road for centuries.

Although the city walls of Samarkand are gone, the medieval layout remains in the narrow streets and many traditional houses. A highlight of our visit here will be the awe-inspiring Registan Square, bordered on three sides by elaborate madrasas and one of the most important complexes of Islamic architecture in the world. Our tour will also include an excursion to Shakhrisabz, birthplace of Timur himself and recipient of his considerable architectural patronage.

We will stay throughout at comfortable three or four-star hotels close to the key sites on our tour, and our visits will be complemented by regular talks given by our Tour Director.

This tour will be led by Steve Mastin, MA, PGCE, FHA. Steve studied history and classics before working as a schoolteacher for 17 years, during which time he organised many trips to Italy, France and Germany. He has worked overseas training history teachers in Kazakhstan, Singapore and Australia. A committed advocate of the power of storytelling, Steve is passionate about bringing a life-long love of history to students of all ages. He is a Fellow of the Historical Association and a regular speaker at history conferences both in the UK and overseas. 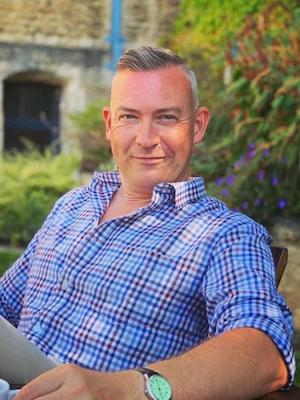 "Steve is an excellent tour expert, I really enjoyed his guiding and talks; the tour was significantly enhanced by his breadth of knowledge and experience"

Steve studied history and classics before working as a school teacher for 17 years. During this time, he organised and led trips to Italy, France, Germany and the First World War Battlefields. He has worked overseas training history teachers in Singapore, Australia and Kazakhstan.

A committed advocate of the power of storytelling, Steve is passionate about bringing a life-long love of history to students of all ages. He is a Fellow of the Historical Association and is a regular speaker at history conferences both in the UK and overseas. He enjoys rugby and running, good food and wine and his favourite city is Lucca.

Although the visits on this tour are not particularly physically demanding, a good level of general fitness and stamina is required, and all participants should meet ACE’s minimum fitness criteria, as outlined in our Booking Terms & Conditions. The tour involves full days of sightseeing as well as some long coach journeys (for example, the journey from Khiva to Bukhara takes eight hours with two stops en route), and there are poor road conditions in places. Some visits involve traversing steep steps and uneven ground.

For customers who wish to make their own travel arrangements,  ACE is pleased to be able to offer a flight reduction of £480.

Arrive Tashkent 0310 and transfer to hotel for early check in. Morning tour of the city: Independence Square, Amir Temur Park, Museum of Applied Art.  Afternoon: Khast-i-Imam complex (group of mosques and madrasas dating from the 16th to 20th centuries). Overnight in Tashkent.

Morning in Tashkent: State Museum of History of Uzbekistan (archaeological and ethnographical) followed by visit to Chorsu Bazaar. Afternoon: domestic flight to Urgench followed by transfer to city of Khiva for two nights.

Drive through the Kyzylkum Desert, occasionally sighting the River Oxus (now the Amu-Darya) crossed by Alexander the Great in 329 BC. Three nights in Bukhara.

Please note that the itinerary represents a guide to what we hope to offer, and some elements may be subject to change or confirmation nearer the time.