"Visits were varied and very interesting. Tom made everything come alive."

The Hanseatic League, which in medieval times dictated trade from the Baltic to the North Sea, left a rich legacy in art, architecture and of course maritime tradition. Dominating the townscapes even today are soaring brick-built Gothic churches, glories of medieval architecture, built at a time when such edifices were unknown in contemporary England.

The League started with the collaboration of Hamburg, Lübeck and Lüneburg in the 13th century, before becoming a union of north European trading cities with the most efficient sailing ships of their time.

Our tour is based in three of the major merchant centres that initiated the first trading associations of ‘Hanses’: Hamburg, Bremen and Lübeck. In Hamburg, home to the third busiest port in Europe, we will survey the city’s historical buildings and formulate an understanding of the context of the trading association during our museum visits. A particular highlight of our time here will be a visit to Hamburg’s Kunsthalle, which houses works of art dating from medieval times to the present day.

Lüneburg was an important salt-trading town, and boasts one of the most magnificent and best-preserved town halls in Germany. It was through the vast waterways of Europe that the League built up its trade, and on our way north we will pass through the harbour cities of Stade and Bremerhaven. The latter is home to the outstanding German Maritime Museum.

At the important Hanseatic city of Bremen, we will survey the collection of European painting and sculpture on display at the Kunsthalle, and visit the medieval cathedral, before continuing to Lübeck. Once the capital of the League, Lübeck is one of the best preserved of all the Hanseatic towns, with a fine array of Brick Gothic buildings. Here, we will visit the European Hansemuseum, and discover some fascinating churches.

Excursions to the town of Wismar in former East Germany, famed for its 17th century Wasserkunst waterworks, and to Bad Doberan, where we will visit the minster and enjoy a journey on a historical steam train, will complete our tour.

This tour will be led by Tom Abbott, BA, MA, an independent art and architectural historian associated with the Foundation of Prussian Palaces and Gardens. Tom has extensive experience leading cultural tours in Europe, to destinations including Germany, Poland, France and Italy. His expertise concerning art and architecture ranges widely, and he is particularly fascinated with medieval art and architecture, as well as the Baroque, Rococo and Romantic movements. 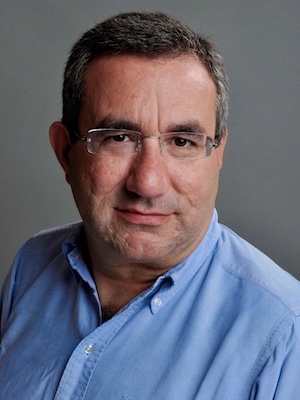 Tom Abbott, BA, MA, is an independent art and architectural historian associated with the Foundation of Prussian Palaces and Gardens. He is a proficient lecturer and tour leader, with extensive experience directing cultural and art tours across Europe to destinations including Germany, France, Italy and Poland. His expertise ranges from the medieval to the current.

Please note that a good level of fitness is required for this tour, as it has a full itinerary involving three separate hotel stays and a journey made by ferry. Participants should expect to spend a moderate amount of time on foot during historical walking tours, and standing in galleries and museums.

Please note that the itinerary represents a guide to what we hope to offer, and some elements may be subject to change or confirmation nearer the time. We cannot guarantee the availability of all artworks listed.
Days
9
Cost
£2945
Tour Code
HANS-22
Places are limited.
Please contact the office
for more details.