"Charles Hind was excellent - erudite, friendly and always ready to chat and discuss what we saw."

ACE customer on a previous tour with Charles Hind

The city of Stockholm, one of Europe’s most beautiful capitals thanks to its position at the western end of the Stockholm archipelago, is our base for this tour exploring some of the outstanding architecture to be found in Sweden.

Spanning the period from the 16th century, when under Gustav Vasa Sweden established its independence from Denmark and began to experiment with Renaissance classicism, through to the early 19th century, when the arrival of a new royal dynasty – the Bernadottes – helped to popularise the French Empire style, this tour features an array of important houses, palaces and castles.

The French Empire style is best seen at Rosendal Palace, whilst the Rococo phase can be admired at the suburban villa of Svindersvik and the Baroque at the royal palace of Drottningholm. Here, we will also view the enchanting Chinese Pavilion and the celebrated Court Theatre.

Further highlights of the tour will include Gustav Vasa’s great moated castle of Gripsholm; the massive quadrangular Skokloster, with its extraordinarily well-preserved 17th century interiors; and the exquisite neoclassical interiors in Sweden’s own Gustavian style at Tullgarn Palace.

Our tour also includes a number of private visits. Tureholm features remarkable Baroque and Rococo interiors, and Catherine the Great’s court architect Quarenghi designed Elghammar for a retired Swedish ambassador to St Petersburg. We will also spend time in the cathedral and university city of Uppsala, visiting the garden created by the great botanist Linnaeus. There will be a number of opportunities to sample delicious Swedish food, including a dinner cruise around the Stockholm archipelago.

We will stay at the four-star Victory Hotel, situated in picturesque Gamla Stan (Old Town), the original island nucleus from which the city of Stockholm grew.

This tour will be led by architectural historian Charles Hind, MA, FSA, who is Chief Curator and H J Heinz Curator of Drawings at the Royal Institute of British Architects. Charles has published widely on architectural history from the 16th to the 20th centuries. He is a Fellow of the Society of Antiquaries, a Visiting Fellow at the Centro Palladio in Vicenza, and a Trustee of the Georgian Group, the Lutyens Trust and the Great Dixter Charitable Trust. 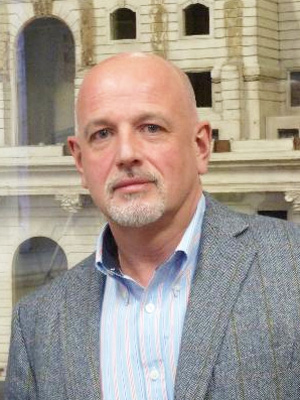 "Charles Hind was excellent - erudite, friendly and always ready to chat and discuss what we saw."

Charles Hind, MA, FSA, is an architectural historian and the H J Heinz Curator of Drawings at the Royal Institute of British Architects. He is a Fellow of the Society of Antiquaries and a Visiting Fellow at the Centro Palladio, Vicenza, as well as a Trustee of the Great Dixter Trust, the Lutyens Trust and the Walpole Society.

This tour will involve a moderate amount of walking and standing, including over uneven ground and steps, so participants must have a good level of fitness. The tour also features an evening dinner cruise around Stockholm archipelago.

For customers who wish to make their own travel arrangements, ACE are pleased to be able to offer a flight reduction of £170.

Flight from London Heathrow to Stockholm. Transfer to the Victory Hotel in Stockholm Old Town for six nights.

Morning excursion to Gripsholm Castle (lakeside castle with interiors dating from the 16th and late 18th centuries and neoclassical theatre).  Afternoon: private visit to the mansion of Elghammar (owned by the Duke d’Otrante). Free evening.

Sturehov (1780s house with painted interiors and collection of faience stoves) followed by Tullgarn (summer palace of the royal family with interiors in the Gustavian style) and Tureholm (on the shores of the Baltic Sea, with Baroque, Rococo and Chinoiserie painted wall decorations).

Flight from Stockholm to London Heathrow.

Please note that the itinerary represents a guide to what we hope to offer, and some elements may be subject to change or confirmation nearer the time.
Days
7
Cost
£2895
Tour Code
SWPC-22
BOOK NOW