“I would recommend both this tour and ACE in general to others. Well organised and fascinating”

“For someone not very familiar with birds or bird-watching, this was an excellent experience – well-led in a professional manner”

“A marvellous experience – I would thoroughly recommend ACE”

- ACE customers on the 2022 Somerset Levels in Winter tour

The Somerset Levels have had a colourful history: ‘the land of the summer people’ was once home to a Bronze Age population and it was here, in the house of a swineherd, that King Alfred is said to have sought refuge from Danish invaders.

Wildlife is now returning to England’s largest wetland in dramatic numbers – from the millions-strong murmuration of roosting starlings, to the growing flock of cranes recently reintroduced after a 400-year absence. As well as observing the region’s wildlife, our tour will investigate key historical sites such as Glastonbury Abbey, England’s oldest abbey, and Glastonbury Tor, long associated with King Arthur, topped with the tower of a ruined medieval church.

The Avalon Marshes host one of the country’s most exciting wildlife projects: over 3000 hectares of wetland habitats have been created from former peat workings, giving refuge to bitterns, barn owls and marsh harriers.

Greylake, once a series of carrot fields, has been transformed into a wetland reserve teeming with wildlife, while West Sedgemoor is home to up to 100,000 ducks and waders during the winter.

Our base will be the charming four-star Best Western Plus Swan Hotel, ideally located in the historical city of Wells, a short distance from its beautiful cathedral.

This tour will be led by Peter Exley, BSc, an ecologist and ornithologist who has held posts with BirdLife International and the Albatross Task Force in South Africa. Now working for the RSPB, Peter has led and managed many ACE tours in the United Kingdom, Netherlands, Algarve, New England, Madeira, the Faroes and Shetland.

Peter is delighted to be returning to Somerset for this long-standing ACE tour: "The Somerset Levels are one of our greatest historic and cultural landscapes, yet largely ignored by visitors. But they are rapidly and rightly becoming known as one of our country's best wildlife destinations. And for me, it is the conflicted fusion of nature and people through history that makes this place truly unique and special, that draws me back again and again." 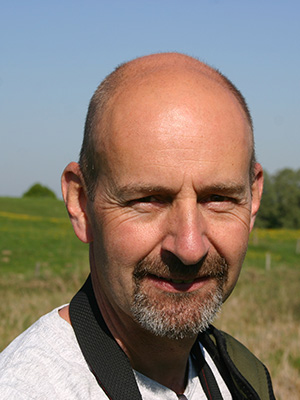 Peter is an ecologist and ornithologist who works for the RSPB. He has also held posts with BirdLife International and the Albatross Task Force in South Africa. Peter has led and managed many ACE tours in the United Kingdom, Netherlands, Algarve, New England, Madeira, the Faroes and Shetland.

Walks are taken at a gentle pace along mostly level tracks and paths, which can be muddy in places. These vary from half a mile to just under two miles on the final day, with some stops and occasional seats along the way. The longest single walk is around 1.5 miles, over three hours, through Shapwick Heath. While most of the tour is on flat paths, the walk to West Sedgemoor crosses uneven terrain with long grass and steps to the viewing platform, and the optional climb up Glastonbury Tor is around 250 feet on a narrow paved path with multiple steps. The ground can be uneven or slippery when wet, and some hides have steep steps. Please note there is no lift at the hotel, and rooms are accessed by one or more staircases. Participants should meet our usual fitness requirements – please see our Booking Terms & Conditions for more information.

Responsible Tourism
ACE’s Somerset Levels tour contributes to the local economy during a quiet time of the year, using local cafés and guides and providing income to important conservation organisations in the area.

The Wildlife on Tour
Previous groups have enjoyed a rich and varied experience of the local wildlife within the nature reserves. Tour Director Peter Exley writes: “At Ham Wall in 2019 we had excellent views of a wide variety of waterbirds, a bittern out in the open, multiple marsh harriers and a loudly drumming great-spotted woodpecker. At West Sedgemoor we were treated to very large numbers of waterbirds being harried by up to four marsh harriers, a hen harrier and a peregrine. Greylake was also superb with close views of snipe, lapwing, teal, pintail, wigeon and shoveler… The starling murmuration was one of the best I’ve seen. At one point there were three peregrines, two marsh harriers and a sparrowhawk provoking rapidly changing shapes amongst the vast flock.”

Tour assembles 1430 at the Best Western Plus Swan Hotel, Wells, for three nights. Visit to Wells Cathedral followed by welcome and introductory talk.

Please note that the above itinerary represents a guide to what we hope to offer, and some elements may be subject to change or confirmation. Itinerary alterations during the tour are likely due to changeable local weather conditions, and we cannot guarantee the presence of all wildlife mentioned.
Days
4
Cost
£895
Tour Code
SOLE-23
BOOK NOW