"Imogen so evidently has a deep and broad understanding of medieval history in general, and of those aspects particularly related to the sites visited, based on her comprehensive research. She communicates clearly, effectively and with a delightful sense of humour"

ACE customer on a previous tour with Imogen Corrigan

“The world, according to the best geographers, is divided into Europe, Asia, Africa, America and the Romney Marsh” - so claimed Richard Harris Barham’s alter ego Thomas Ingoldsby in his 1837 Legends.

Yet much of this tranquil land, positioned between low-lying hills and the English Channel, may not have existed had the Romans and later settlers not reclaimed it from the sea. We are fortunate that they did, because today the landscape is full of natural charm and echoes of the past – not least the famous Romney sheep, who have grazed the marshes for centuries, and the smugglers who once considered it a haven for their illicit trades. Yet there could be no better way to delve into the history of the Marsh than through its churches, which offer beguiling glimpses into the lives of the communities who lived here hundreds of years ago.

A clergyman himself, Barham must have been only too familiar with the Marsh’s famous churches. Renowned today for their variety, they boast long and fascinating histories, some dating back to the early medieval period. Most were built with their medieval communities in mind and reflect their characters: isolated and weather-beaten – as a great storm in 1287 changed the geography of the area and the Marsh was badly hit by the Plague – but with unexpected treasures. Indeed, their scale was often a reflection of the importance of their parish or the stature of their patron.

St Clement’s in Old Romney is one of the oldest churches in Kent, with distinctive medieval features, and St Nicholas’s in New Romney traces a fascinating history thanks to its position on the harbour-front. St Dunstan’s in Snargate boasts a magnificent 16th century nave roof and a stunning wall painting of a ‘great ship’, while the church of St Mary the Virgin, located in St Mary in the Marsh, contains elegant medieval features; it is also the burial place of children’s author and poet Edith Nesbit.

Going back further in time, we look forward to exploring All Saints in Lydd, notable for its very early history, dating back to the 5th century. Meanwhile, evocative stories will come to life as we explore sites such as St George’s in Ivychurch, where it is rumoured that smugglers’ tunnels connect the church to the pub next door.

St Thomas the Martyr Church in Winchelsea was named after Thomas Becket, and St Thomas à Becket Church in Fairfield features original timberwork, as well as demonstrating the iconic structure of the Marsh.

On this five-day tour, we will investigate these and other famous and less well-known churches, seeking to understand the overarching history of the Marsh while exploring the details that are all too easy to miss.

This tour will be based at the three-star Best Western Clifton Hotel, located close to Folkestone’s famous Leas clifftop promenade and occupying stately Victorian buildings.

This tour will be led by medieval historian Imogen Corrigan, BA, MPhil. Following almost 20 years in the army, from which she retired in the rank of Major, Imogen obtained a first-class degree in Anglo-Saxon and Medieval History from the University of Kent and subsequently an MPhil from the University of Birmingham. Her book Stone on Stone: The Men who Built the Cathedrals was published in 2019. She is an accredited Arts Society lecturer and a Freeman of the Company of Communicators. 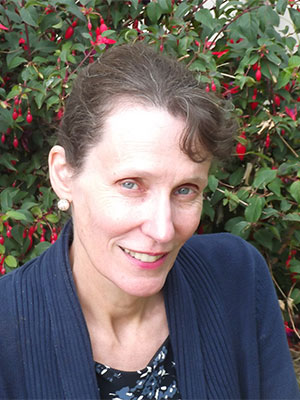 This tour requires a good level of fitness, and participants should meet ACE’s fitness criteria as outlined in our Booking Terms & Conditions. In addition, participants should be prepared for some walking across uneven, hilly, steep and grassy terrain in order to access some of the churches – notably at Hythe, Rye and East Guldeford.

Tour Director Imogen Corrigan writes:
“Everyone has heard of Romney Marsh, but surprisingly few have been there. The locals say that newcomers are easy to spot because of their look of surprise and delight.
For a ‘fifth continent’, it is tiny, perhaps only about 100 square miles and very flat, jutting into the sea between Rye and Hythe. Over the years it became clear that the Marsh was ideal for producing three things: sheep, smugglers and churches. Without doubt we will see plenty of the first and perhaps hear something of the second, but we will be focusing on the third.
Very little is standard, but we can rejoice in the churches’ quirkiness, whether it’s the free-standing bell tower at Brookland or the pink pews at Old Romney. The delicate ship mural at Snargate and the ancient font at Brookland are famous, as are the Hythe skulls, but we will be looking in detail at what else these churches have to offer.”

Please note the visits on this morning are time permitting. Morning: St Mary the Virgin Church, St Mary in the Marsh (elegant medieval features, burial place of Edith Nesbit) followed by All Saints’ Church, Burmarsh and St Leonard’s Church, Hythe (including crypt). Return to Folkestone where tour disperses approx 1530 at the station followed by the hotel.

Please note that while we will endeavour to deliver the itinerary in full, some elements may be subject to change or confirmation nearer the time. Due to the nature of the visits, some churches may change their opening arrangements at short notice, and some visits may be time permitting on the day.
Days
5
Cost
£1095
Tour Code
RMM1-22
Places are limited.
Please contact the office
for more details.