"John Bryden and Nicholas Wearne once again excelled with their friendliness, knowledge... and, of course, their organ playing. Wonderful!"

"Visited colleges and chapels I’ve not been to before, and the music was sublime"

The city of dreaming spires is home to a remarkable number of organs, each an expression of different personalities, changing aesthetics, as well as particular acoustics and uses. These famous instruments have become part of the very subtle alchemy that makes each college special.

Our 2022 tour will explore this alchemy, as we visit some of the oldest buildings in Oxford: Christ Church Cathedral was built between 1160 and 1200, and is uniquely the only cathedral of the Church of England which is also a college chapel. The University Church was adopted as the first building of the University, with a congregation meeting there from at least 1252; and the hall, chapel, and front quad of Merton College were all complete before the end of the 13th century. We will explore some later styles too, including the Jacobean architecture of Wadham College (possibly an influence on alumnus Sir Christopher Wren), and the fascinating, if complex, history of Hertford College, which boasts the Bridge of Sighs. Alumnus Evelyn Waugh novelised his experiences at the latter in Brideshead Revisited.

Along the way we will take in a broad spectrum of organ design. The University Church organ (Metzler, 1987), for example, was inspired by the great 17th-century organs of Northern Germany, and will make for a thrilling start to our tour. Merton Chapel, on the other hand, houses both a historical Thomas Parker of c 1750, and a large Romantic-influenced organ built in 2012 by the firm of Dobson from Iowa. We will also hear a number of ‘real’ Romantic instruments: the ‘Father’ Henry Willis (1862/1886) of Wadham College Chapel, for example, is regarded as one of the best in Oxford.

The organs of Christ Church Cathedral (Rieger, 1979, case largely 17th century), Brasenose College (Peter Collins, 1972) and the University Church (Metzler, 1987) speak of perhaps the most important aesthetic trend of the 20th century: the historically informed performance movement. These organs, although influenced by 17th and 18th century models, speak with the authentic voice of the 20th century.

Outside the city itself, we will enjoy a morning excursion to UNESCO-listed Blenheim Palace, one of England’s largest houses and the birthplace of Sir Winston Churchill. The Long Library organ was built by perhaps the most famous British builder, ‘Father’ Willis, who was responsible for many cathedral and concert hall organs, including those of St Paul’s Cathedral and the Royal Albert Hall. We will enjoy a guided tour of the palace as well as an introduction to the organ and a private recital. With 2300 pipes, it is the largest such instrument in a private house in Europe, and as a ‘Father’ Willis organ in original condition, is particularly rare.

There is the opportunity to attend Choral Evensong services at Magdalen College and Christ Church, where we will hear the organs being used liturgically, alongside their world-renowned choirs. Magdalen will be of particular interest, as this summer the college takes delivery of a new instrument by the German firm of Eule.

We will stay at the four-star Mercure Oxford Eastgate Hotel, a converted coaching inn conveniently located in central Oxford.

This tour will be led by organist and concert pianist John Bryden, MA, who has also played the organ on tours in Cambridge, Edinburgh and Saxony, and Nicholas Wearne, BA, MPhil, an international competition prize-winner and previously Assistant Organist at New College, Oxford 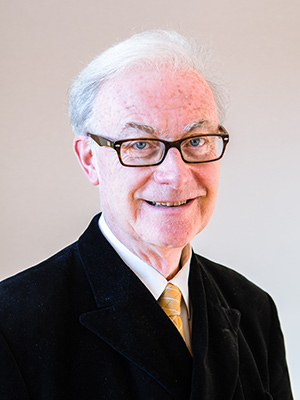 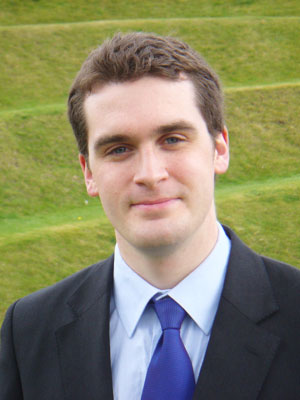 Nicholas Wearne, BA, MPhil, is a former ACE Bursary student, who holds a Junior Fellowship at Birmingham Conservatoire. His career as a solo organist has taken him all over the world, and he was winner of the Poul Ruders Prize at the 2011 Odense International Organ Competition. Nicholas has also held the prestigious position of organist at St Martin-in-the-Fields, Trafalgar Square.

Participants must be prepared for a moderate amount of walking on this tour, and for traversing narrow pavements, cobbles and uneven surfaces that may be slippery if wet. Please note that some of the chapel interiors are dimly lit – participants will need to take particular care at Wadham College. There may be the opportunity to go inside organ lofts, which are usually accessed via narrow, historical spiral staircases, but this is optional.

"This tour is one to which I always look forward with special pleasure. It is a rich and rewarding experience to enter each college. Steeped in history, they have been, at least for a time, home to many of the famous figures in the history of this nation. All is framed in glorious stone, and as we listen to the organ in each chapel, our spirits respond!”

Please note that the below itinerary represents a guide to what we hope to offer, and some elements may be subject to change. Due to the special nature of the visits, and as access to the colleges is subject to availability, we cannot confirm some visits until nearer the time.
Days
3
Cost
£895
Tour Code
OCCO-22
BOOK NOW