“The variety and juxtaposition of visits was excellent, well-timed, very interesting and informative”

– ACE travellers on the 2021 Isle of Wight tour

The Isle of Wight features picturesque scenery once favoured by royalty, from charming thatched cottages to medieval churches that stand alongside Regency and Victorian towns.

The island will forever be associated with Queen Victoria, whose reign came to an end there at the beginning of the last century. We will explore the former royal residence of Osborne House and St Mildred’s Church in Whippingham, frequented by the Queen; and our tour is based in the seaside resort of Cowes, which still bears substantial traces of Victorian England.

As well as these royal links, the Isle of Wight also holds connections with the radical Pre-Raphaelite movement of the 19th century, which we will explore during the tour. Many of the artists linked to and inspired by the Brotherhood lived and worked on the island, including the 19th century photographer Juliet Margaret Cameron, and the painters George Frederic Watts, John Brett and Val Prinsep.

We will visit Dimbola Lodge, overlooking the stunning Freshwater Bay, where Julia Margaret Cameron made her home, and will also pay a visit to the recently restored Farringford House, former home of Alfred, Lord Tennyson, Poet Laureate during much of Queen Victoria’s reign.

Our itinerary includes several other stunning houses that stand on land layered with history. Northcourt is the largest of the island’s Jacobean manor houses, built in 1615 on the site of a medieval monastic building, while the spectacular 18th century Appuldurcombe, a Baroque masterpiece, survives as a shell of the former mansion and enjoys 11 acres of ‘Capability’ Brown landscaped parkland. The awe-inspiring Benedictine Quarr Abbey is one of the most important religious constructions of the 20th century in the UK.

Further tour highlights will include the beautiful Mottistone Gardens, a haven for wildlife set in a sheltered valley and featuring delightful herbaceous borders that are full of colour from spring through to the early autumn. We will also view the Princess Beatrice Garden, designed by multiple Chelsea award-winning garden designer Chris Beardshaw, on our visit to Carisbrooke Castle.

We will stay throughout at the three-star Best Western New Holmwood Hotel, situated on the water’s edge in Cowes, which enjoys a sea-facing lounge and restaurant. Double rooms with a sea view (for double or single occupancy) are available at a supplement – please contact the ACE office for more details.

This tour will be hosted by Richard Pailthorpe, formerly Director of the Weald & Downland Living Museum and South East Regional Treasurer of the Historic Houses Association.

The group will be joined throughout the tour by expert lecturer Paul Atterbury, BA, Hon DPhil, a historian, writer, lecturer, curator and broadcaster specialising in the art, architecture, design and social history of the 19th and 20th centuries. Paul has curated exhibitions for institutions including the Victoria & Albert Museum, London, and has written or edited around 50 books, on topics including antiques, travel, railways and the history of canals. An experienced tour leader, he has also been a member of the team of experts on the BBC’s Antiques Roadshow for many years. 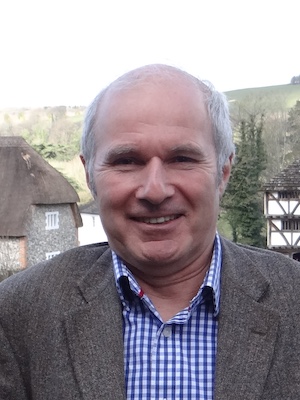 Richard Pailthorpe has recently retired as the Director of the Weald & Downland Open Air Museum. His interest in historic houses and castles and his wealth of knowledge of many of the major Sussex heritage sites comes from his previous work for the Goodwood Estate and Parham Park. Richard also worked for many years at Syon Park, the London home of the Duke of Northumberland and was instrumental in the discovery of the medieval abbey church of Sion by Channel 4's Time Team. Richard served as the the South East Regional Treasurer of the Historic Houses Association until 2018 and was awarded Sussex Heritage's Trust Personality of the Year in 2015. His publications include Goodwood Country (with Ian Serraillier) and Chichester: A Contemporary View (with Ian McGowan).

This tour requires a good level of fitness as it will involve a moderate amount of walking and standing, including over uneven terrain, cobbled streets and slippery surfaces. Please note several visits involve being outdoors. Some historical sites do not have handrails or frequent opportunities to sit down, and there is no lift at the hotel. In addition, lighting can be low at some of the sites we visit. Participants should meet ACE's usual criteria, as outlined in our Booking Terms & Conditions.

Please note that the itinerary represents a guide to what we hope to offer, and some elements may be subject to change or confirmation nearer the time.
Days
6
Cost
£1425
Tour Code
IWIT-22
BOOK NOW