"All round excellent tour. I was very pleased by all aspects"

For over 300 years the cathedral cities of Hereford, Gloucester and Worcester have taken turns to host a renowned annual music celebration. In 2022 the Three Choirs Festival will take place in Hereford, where we will experience a programme of concerts in the wonderful surroundings of its cathedral. The longest-running non-competitive classical musical festival in the world, the Three Choirs Festival features word-renowned solo artists, as well as its own Festival Chorus and the Philharmonia Orchestra.

The 2022 festival is based around the theme of ‘re-imaginings’, echoing its revival in Hereford 75 years ago after a gap of seven years during the course of the Second World War. In 1946, audiences enjoyed many concerts that had originally been programmed for the festival in 1939, but which had been cancelled owing to the outbreak of war.

Our tour begins with the festival’s opening concert, a rare performance of Dvořák‘s Requiem, and will conclude with a performance of Haydn’s masterpiece The Creation, featuring the Three Cathedral Choirs. In between, we look forward to the UK premiere of award-winning composer Rolf Martinsson’s Ich Denke Dein, presented alongside Mahler’s Symphony No 4; while the optional festival Eucharist will bring us Mozart’s Ave verum and Laudate Dominum sung by Hereford Cathedral Choir alongside the Philharmonia Orchestra.

A further highlight will be a concert featuring the large-scale work Quo Vadis, composed by Sir George Dyson. An important figure in 20th century music, Dyson was involved in the re-establishment of the Three Choirs Festival after World War Two, and this piece was first heard 75 years ago. Artistic Director Geraint Bowen writes, “we are delighted to be reviving this fine work”.

We plan to include two main daytime performances alongside the evening concerts: The Carice Singers will bring us ‘Nordic Reflections’, a concert that “travels between the British Isles and Finnish forests” with choral works by Elgar and Sibelius; while pianist Mark Bebbington will offer us several ‘Piano Portraits’, featuring works by Vaughan Williams, Delius and Poulenc.

Exploring the city and its environs, we will make a dedicated visit to the cathedral – built in the Gothic style from the 11th century – to view the medieval Mappa Mundi, as well as making an excursion into the Malvern Hills will feature a visit to The Firs, Elgar’s birthplace in Lower Broadheath. This delightful countryside cottage contains artefacts and photographs narrating the composer’s life.

We stay throughout at the three-star Three Counties Hotel near Hereford.

This tour will be led by Russell Keable, BA, MMus. Russell trained at the universities of Nottingham and London and studied conducting at the Royal College of Music. He currently teaches at the University of Surrey and is active as a composer, arranger, lecturer, broadcaster and performer. 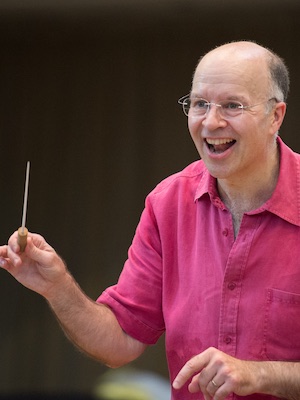 "Russell Keable is such a good teacher. I looked forward to our morning lectures and learned a great deal from them. He was excellent informally too."

Russell Keable, BA, MMus, trained at the universities of Nottingham and London and studied conducting with George Hurst and Norman Del Mar at London’s Royal College of Music. He currently teaches at the University of Surrey and is active as a composer, arranger, lecturer, broadcaster and performer.

Participants should meet ACE’s usual fitness criteria, as outlined in our Booking Terms & Conditions, and be prepared for a moderate amount of walking, including over steep ground in Ludlow, as well as over cobbles, up steps and within dimly lit interiors. Please note that there is no lift at the hotel, so participants must feel comfortable navigating stairs.

Please note that the itinerary represents a guide to what we hope to offer, and some elements, including the musical programme, may be subject to change or confirmation nearer the time.
Days
5
Cost
£1465
Tour Code
HTH1-22
Places are limited.
Please contact the office
for more details.