Great Scottish Houses of the Enlightenment

“Privileged access to some outstanding properties… [Cosmo Brockway] led our small group amiably and very ably displaying a passion, intelligence and eloquence for [his] subject. A wonderful and stimulating few days”

Edinburgh and its surroundings are notable for their splendid legacy of historical houses, castles and palaces, including many fine properties dating from the 17th and 18th centuries. From a base in Edinburgh, we will take in a range of fascinating buildings, several of which reveal the work of some of Scotland’s foremost architects in the 18th century, including William and Robert Adam.

Our tour begins with an exploration of Edinburgh’s New Town, a designated UNESCO World Heritage site, where the neoclassical architecture and spacious street layout speak of the values and ideals of the Age of Enlightenment, during which it was built. We will step inside the Georgian House on Charlotte Square, a beautifully restored New Town house featuring paintings and period furnishings, to set our exploration in context.

We will make several excursions outside the city, firstly to the Scottish Borders to pay a special visit to Thirlestane Castle. This magnificent 16th century structure has remained home to the Maitland family for over 400 years, and contains one of the most extensive collections of family portraits to be found in Scotland. With its rose-pink sandstone and turrets, and nestled in the rolling hills, Thirlestane has a romantic air that belies the fact it stands on a strategic site that has been fortified for over 700 years.

Also to be found in the Borders is Mellerstain House, a masterpiece begun in 1725 by William Adam and completed by his son, Robert, in 1778. Original Adam colours are preserved in the interiors, and the house also boasts an outstanding collection of art including works by Van Dyck, Gainsborough and Ramsay.

We also look forward to a visit to Scotland’s largest inhabited house, Floors Castle, in Roxburghshire. Home to eleven generations of the Dukes of Roxburghe, the castle enjoys delightful views over the River Tweed and the Cheviot Hills. Originally built in the 1720s by William Adam, it underwent several architectural changes over the intervening centuries, with embellishments added by Scottish architect William Playfair during the Victorian era.

Further highlights of our tour will include an exterior visit to the extraordinary Pineapple Folly, built in 1761 by the Earl of Dunmore as a summerhouse. Meanwhile, Marchmont House, recipient of the Historic Houses / Sotheby’s Restoration Award in 2018, is a magnificent Palladian mansion with fine interiors, including original Georgian plasterwork, and Arts & Crafts adaptations.

Our tour concludes with a visit in East Lothian to Newhailes House, a delightful Palladian building that was home to the Dalrymples, who were closely involved in Scottish Enlightenment circles in the 18th century.

We will stay throughout at the elegant three-star Parliament House Hotel, tucked away in a quiet location in the heart of Edinburgh’s city centre.

Our Tour Director is writer and experienced tour leader, Cosmo Samuel Brockway. An author and travel and interiors journalist, Cosmo has written for many leading publications on culture and design, including Architectural Digest, and he is well acquainted with many of the finest private estates in England, Scotland and Ireland. Cosmo has led tours across the globe, and looks forward to returning to Edinburgh with another ACE group in 2022, to introduce them to this fine array of country seats. 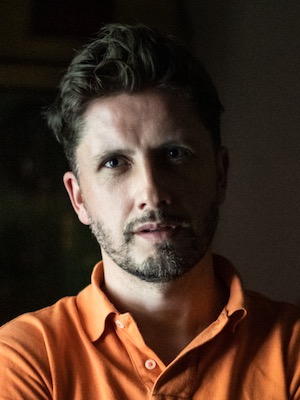 "In many ways, the biggest asset was the presence and leadership of Cosmo Brockway. Personal, unflappable, energetic, kind, thoughtful…"

Cosmo Samuel Brockway is a travel and interiors writer, tour leader, and award-winning author of Glorious Hotels of India (2019). He writes for leading publications on interiors, culture and design, including Architectural Digest, The World of Interiors and The Telegraph. Cosmo has led tours across the world, from India to Norway, and the Holy Land to the Greek island of Patmos. He is also well acquainted with many of the finest private country estates in England, Scotland and Ireland.

This tour requires a good level of fitness and will involve moderate amounts of walking, including over hilly and uneven ground. Participants must meet ACE’s fitness criteria as outlined in our Booking Terms and Conditions. Please note some sites feature steep steps and staircases, cobbles and slippery surfaces. Participants must be comfortable navigating these areas, which do not usually have handrails, to access the sites.

Please note that the itinerary represents a guide to what we hope to offer, and some elements may be subject to change or confirmation nearer the time.
Days
5
Cost
£1545
Tour Code
GSHE-22
BOOK NOW