“It was an outstanding trip – the programme was very well constructed and carried out, the Tour Director [was] excellent… The Spirit of Chartwell was very comfortable… and we were very well looked after by the crew”

Beginning our tour with an exploration of the old town of Oporto, we cast off for our voyage eastwards. Along the way, we will explore one of Europe’s most handsome Renaissance cities, Salamanca, and pay a visit to the 18th century Mateus Palace.

Our tour will also embrace some lesser-known delights, including the picturesque town of Pinhão, strikingly situated at the confluence of the Douro and Pinhão Rivers, and the medieval hilltop town of Figueira de Castelo Rodrigo.

During an excursion to the pilgrimage town of Lamego, where Baroque mansions and churches grace the skyline, we will enter one of the country’s most majestic shrines – Our Lady of Cures – acclaimed for its monumental Baroque staircase.

Continuing into Spain, we will explore Salamanca, famous for its honey-coloured buildings, ancient university, 18th century Plaza Mayor, and twin cathedrals, perched high above the River Tormes. The city has passed through the conquering hands of Carthaginians, Romans and Moors, a fact that is evident from its mix of architecture.

Upon our return to Oporto, we will visit the historical Factory House of the British Association, and tour Graham’s Port Lodge – owned by the Symington Family Estates – to discover and taste some of their fine vintage.

We also hope to enjoy some traditional music during the tour, as well as opportunities to learn about local cuisine during an on-board culinary demonstration.

“We’ll be starting in the city of Oporto which is where I was born and grew up, from there we’ll be sailing all the way up to the Spanish border, stopping at various places on the way. We’ve got some treats such as the Mateus Palace, which anybody who can remember the Mateus rosé will be very familiar with; we go to the port shipping town of Pinhão right in the heart of the port growing area, and after that the scenery just becomes more and more dramatic as we sail up through the port growing area where the vineyards close ever more around this river. On our way up to the Spanish frontier we then spend a day going off to the astonishing city of Salamanca which if it’s not on anybody’s list already, just trust me, it needs to be!”

Our Tour Director, Martin Symington, BA, is a travel journalist who contributes to The Times and Wanderlust, and is the author of Dorling Kindersley’s guidebook to Portugal. Martin was born and raised in the region, and is a port expert. He will deliver talks on port, Oporto and the Douro Valley, as well as on Portugal in general and the country’s history. 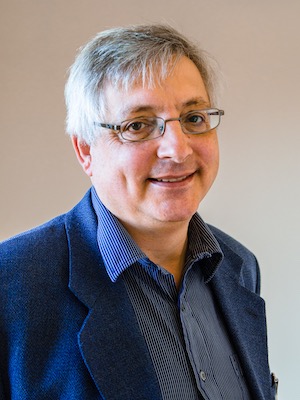 Martin Symington is one of Britain’s most prolific travel journalists, regularly contributing to The Times, The Daily Mail and Wanderlust. Born and brought up in Oporto, he is the author of the Dorling Kindersley guidebook to Portugal and the AA Essential Guide to Portugal.

This tour requires a good level of fitness and mobility, and participants must meet ACE’s usual fitness criteria, as outlined in our Booking Terms & Conditions. The sundeck, plus all of the cabins on the boat (aside from the Royal Suite) are accessed by a narrow flight of stairs, and the visit to the Castelo Rodrigo involves walking across steep, cobbled ground, so participants must be prepared for some uneven terrain and require a good level of stamina, although it is possible to opt out of some visits. Please note that this cruise visits some locations that are remote.

For customers who wish to make their own travel arrangements, ACE is pleased to be able to offer a flight reduction of £200.

The Spirit of Chartwell - Used by Her Majesty The Queen and His Royal Highness The Duke of Edinburgh during the Diamond Jubilee celebrations in 2012, the Spirit of Chartwell is the flagship vessel on the River Douro. This royal river barge, now based in Portugal, offers a spacious and sumptuous design with the finest interior furnishings. The vessel is fully equipped with a restaurant, piano bar, observation deck and 14 comfortable outside-facing cabins, each with private facilities. Professional and highly attentive crew members provide unequalled service during this calm passage through the Douro River Valley.

Cruise up the river through the Douro Valley to Entre-os-Rios. Continue to Régua for the Douro Museum and overnight stay. Evening lecture: Douro River & the Region followed by traditional Portuguese Fado and folk music (subject to confirmation).

Please note that the itinerary represents a guide to what we hope to offer, and some elements may be subject to change or confirmation nearer the time.
Days
8
Cost
£3395
Tour Code
DRR1-23
Places are limited.
Please contact the office
for more details.