“The cultural content was exceptional, giving a good understanding of the areas we visited”

“Excellent organisation from beginning to end”

If you would like to receive further details of this tour when they are available, you can do so by filling in our register interest form here.

While in English the term ‘civilisation’ denotes social organisation into cities, the Chinese term wen hua – which is usually translated as ‘civilisation’ – is strongly connected with the idea of a written culture. It is through the development of writing, and the pictograms which contain a wealth of layered meaning dating back thousands of years, that the world is understood.

During our journey, we will explore the early dynasties of China – once believed to be mythical. We will travel along the Yellow River Valley, often considered the cradle of Chinese civilisation, from Xi’an to Luoyang, both of which enjoyed the status of capital city at different periods in Chinese history. By way of architecture, sculpture, garden design, and, most especially, porcelain, we will encounter the many facets of Chinese art and creativity.

There are many excellent ceramics on display in China’s fine museums, from the Nanjing and Shanghai Museums to the Shaanxi History Museum in Xi’an, which is also home to the Tang Murals. We will enjoy a visit to Yaozhou Kiln Site & Museum, and an excursion to Yixing, the centre for the production lustrous red and coloured stoneware.

On a visit to the Forbidden City, the imperial palace from the Ming dynasty, we will pay particular attention to the porcelain exhibits, before taking in the huge complex of gardens and lakes that make up the royal park at the Summer Palace. Elegant Chinese garden design also awaits us in Suzhou, where the classical gardens are a UNESCO World Heritage site.

Further highlights of our tour will include the Terracotta Army site outside Xi’an, the UNESCO-listed Longmen Buddhist Grottoes and the Tomb of the First Ming Emperor in its wonderful setting.

Our journeys between cities will be undertaken using the extensive high-speed rail network. We will stay throughout in comfortable modern hotels; please note that hotel details are subject to confirmation nearer to the time. We also look forward to experiencing regional cuisine throughout our tour, including dim sum, Peking duck, dumplings, fish and seafood. This will be enjoyed across a number of lunches and dinners, with several free evenings to enable participants to explore independently, guided by the tour personnel.

This tour will be led by Elizabeth Morrell, BA and Lars Tharp, MA, FSA. Elizabeth is a sinologist and Chinese speaker who has been visiting China since 1976, when she studied modern Chinese literature at Fudan University in Shanghai. Elizabeth wrote one of the earliest guidebooks to China, published in 1984. Lars is an art historian and ceramics expert, particularly well known for his work on the BBC’s Antiques Roadshow. He has written several books and is the former Director of the Foundling Museum. Elizabeth and Lars very much look forward to introducing another ACE group to the fascinating history of China and its porcelain. 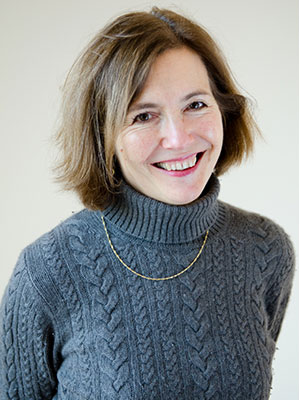 "Elizabeth was brilliant in every way"

Elizabeth is a sinologist and Chinese speaker who has been visiting China since 1976 - the year in which Chairman Mao died - when she studied modern Chinese literature at Fudan University in Shanghai. A founding director of Voyages Jules Verne, the leading specialist tour operator to China in the 1980s, Elizabeth wrote one of the earliest guidebooks to China, published in 1984. Since the late 1990s she has been arranging tailor-made itineraries to China. 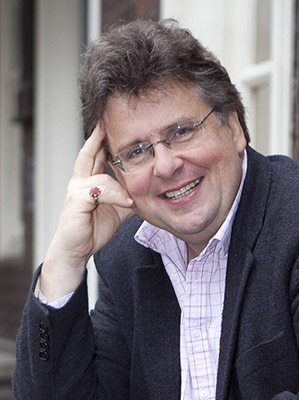 Lars Tharp, MA, FSA, is a Danish-born art historian, lecturer and broadcaster who is particularly well known for his work on the BBC's Antiques Roadshow, as well as Hidden Treasures and Art of the Baroque. A former Director of the Foundling Museum, Lars is a ceramics specialist who has curated or overseen exhibitions at the York Art Gallery and the Foundling Museum.

Lars is the author of several works including Hogarth's China and the Little Brown Encylopedia of Antiques (with Paul Atterbury), as well as a regular column on The Scandinavian magazine. He returns frequently to his native Copenhagen; in 2005, with author Michael Rosen, he recorded a bicentenary programme on Hans Christian Andersen for the BBC, and advised Michael Palin on his award-winning BBC documentary The Mystery of Vilhelm Hammershøi.

This tour has been designed to make the most of our stay in China and introduce travellers to the rich variety of sites and experiences at each of our stops. In line with this, travellers should be prepared for a considerable amount of walking, including up steep steps, particularly as many of the historical sites are spread over extensive areas, where the ground can be uneven and handrails are not usually available. This tour therefore requires a very good level of fitness, stamina and mobility, and participants should meet ACE’s usual fitness criteria, as outlined in our Booking Terms & Conditions. There will be several early starts and hotel changes, and please note that certain sites can become crowded during busy periods. The tour also includes a boat trip, and our visit to the Drum Tower will involve being at height, although participants can opt out of this if they wish.

Overnight flight from London to Beijing.

Lunch with a local family. Afternoon: tour by trishaw of the Hutong area (traditional narrow alleyways of Old Beijing with preserved courtyard dwellings) and climb up Drum Tower (view of the city). Evening introductory talk. Three nights in Beijing.

Whole day excursion to the Great Wall at Mutianyu (fully restored according to the Ming design). Free evening.

Whole day excursion to Tiananmen Square, the Forbidden City (imperial palace from the Ming dynasty) and Summer Palace (huge complex of gardens and lakes making up the royal park).

By high-speed train to Xi’an (ancient imperial capital and eastern terminus of the Silk Road) for three nights. Visits to the Xi’an Stone Forest (museum for steles and stone sculptures) and the Shaanxi History Museum (Tang frescoes) followed by porcelain handling at a private collection. Evening talk.

By train to Yixing (centre for production of lustrous red and coloured stoneware). Continue via Yangzhou (ferry crossing on Grand Canal) to Suzhou (renowned for its gardens and silk production) for two nights. Free evening.

Morning: walking tour of the Bund and Pudong areas. Free afternoon in Shanghai before farewell dinner at the Floating Restaurant.

Flight from Shanghai Pudong to London.

Please note that the itinerary represents a guide to what we hope to offer. An updated itinerary will be released when this tour goes on sale on the ACE website in summer 2022. Some elements may be subject to change or confirmation nearer the time. Kiln sites are sometimes not open to visitors as they are state protected, and occasionally they may close at short notice.