"An excellent choice of visits"

- ACE customer on the 2021 Artists' Houses in Sussex tour

A century ago, the county of Sussex became a hub for artists and writers who came to escape the urban, be inspired and build new lives. Our tour takes us to the houses in which their ideas and lifestyles were formed, homes that both embrace the richness of the past and showcase modern ideals sought by English artists and writers at the time.

From the 1890s to the 1940s, British design was driven by the tension between tradition and modernity. Houses and interiors at the turn of the century continued to explore the delightful possibilities of the Arts & Crafts movement. We will experience this in neighbouring Surrey at G F Watts’s studio and house, which became the focus of an artists’ community when it opened to the public in 1904. Philip Webb’s plans for Standen (1891–4), meanwhile, incorporated the brightest and best of Morris & Co interior design.

We will explore the life and work of the Bloomsbury Group: Virginia Woolf, Duncan Grant, Vanessa Bell and their friends who desired to create a modern movement in Britain, to rival the new art of Paris and Berlin. The transformation of the old Sussex farmhouse of Charleston, through bold colour and abstract pattern-making, bears witness to their ingenuity and creativity.

Farleys Farmhouse was the home of Surrealist photographer, Vogue model and Second World War correspondent Lee Miller. It played host to many leading figures of 20th century modern art, including Picasso. Here, we will discover the remarkable stories of Farley’s inhabitants as well as the characterful interiors. We also hope to include a private talk from Antony Penrose, son of Lee Miller and Roland Penrose, to gain further, uniquely personal, insights into the house and the lives led there during this period.

Artists like Eric Ravilious were also walking the Downs in the 1920s and 30s, wrestling with the desire to paint in a style that was sensitive to the deep history of the landscape, while responding to the upheavals in art and design since the First World War. We will visit the Towner Art Gallery in Eastbourne and view its collection of works by Ravilious, taking in some of the scenes that inspired him en route.

We stay throughout at the three-star Deans Place Hotel, a classic country house hotel located in the heart of the Sussex Downs in the pretty village of Alfriston.

This tour will be led by Suzanne Fagence Cooper, MA, PhD, a lecturer and historian who specialises in British art history. An accredited Arts Society lecturer, Suzanne was a curator and Research Fellow at the V&A Museum for 12 years, during which time she collaborated with many of Britain’s regional museum collections. Suzanne writes on Victorian and 20th century painting, decorative arts and sculpture; she is the author of To See Clearly: Why Ruskin Matters (2019) and curated the 2019 exhibition Turner, Ruskin & the Storm Cloud at York Art Gallery. 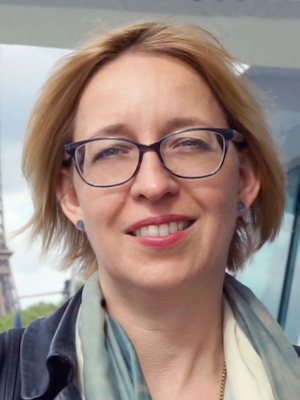 Suzanne Fagence Cooper, MA, PhD, is a curator and historian who specialises in 19th and 20th century British art. An Arts Society accredited lecturer, she was a curator and Research Fellow at the V&A Museum for 12 years and has collaborated with many of Britain’s regional museum collections. She is the author of To See Clearly: Why Ruskin Matters (2019), and curated the 2019 exhibition Turner, Ruskin & the Storm Cloud at York Art Gallery.

A good level of fitness is required for this tour, and participants should be prepared for a moderate amount of walking and standing during house and gallery visits. Please note that the houses visited on this tour may have uneven surfaces and steps to navigate, and lifts are not available.

Please note that the itinerary represents a guide to what we hope to offer, and some elements may be subject to change or confirmation nearer the time.
Days
4
Cost
£1095
Tour Code
AHSX-22
BOOK NOW