ACE customer on the 2019 Algeria: Rome Meets the Sahara tour

Algeria’s diverse eastern landscapes range from coastal panoramas set against the backdrop of the Mediterranean, through the beautiful mountainous hinterland, to the Sahara desert.

The variety of ancient sites and monuments encompasses ruined cities and traces of the desert frontier of the Roman Empire, medieval oasis towns and the Ottoman and French colonial architecture of the coastal region.

We will begin our exploration of ‘Alger la Blanche’ with its labyrinthine Casbah and Ottoman palaces, before flying eastwards to Annaba, to view the evocative ruins of Hippo Regius. We will stay in Constantine, the ‘City of Bridges’, and visit the nearby sites of Tiddis and Djémila; while to the south, we will take in the huge military base of Lambaesis and the Roman colony of Timgad.

A particular highlight of the tour will be a southward excursion through the Aurès Mountains to seek out traces of the Roman desert frontier in the vicinity of Biskra. We will also fly south to Ghardaïa in the picturesque M’Zab valley: this is a remote region, to which people have often fled to avoid population movements on the coast. Our tour will end on the coast again, with a visit to the town of Cherchell, once a glittering royal capital.

Algeria is still finding its feet after the bitter experience of its own ‘Arab Spring’ in the 1990s. Since early 2019 it has also been feeling its way towards a new relationship between the people and their rulers, but with exemplary restraint on all sides. Over ten years of ACE tours to Algeria, we have had no anxieties about visiting this wonderful country.

The standard of hotels and service rarely matches the levels that we expect in Western Europe, but the warmth of the welcome is genuine, and we are confident that you will find the tour a rewarding introduction to this dynamic yet little known country.

This tour will be led by Philip Kenrick, MA, DPhil, an archaeologist who has worked in Libya at Leptis Magna, Benghazi and Cyrene, and produced a major volume on Sabratha. He has also worked on excavations near Agrigento in Sicily, and on other sites in Italy, Turkey and Jordan. He co-authored the 2019 book Classical Antiquities of Algeria: A Selective Guide. 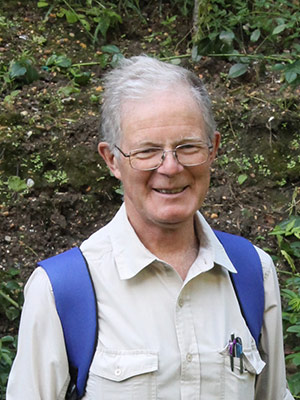 Philip Kenrick, MA, DPhil, is an archaeologist who gained his doctorate on pottery from British excavations at Benghazi. Philip has worked in Libya, Sicily, Italy, Turkey and Jordan, and is a former treasurer of the Society for Libyan Studies, as well as the author of two Libya Archaeological Guides and co-author of Classical Antiquities of Algeria: A Selective Guide.

Please note that participants must have a very good level of fitness and mobility for this tour, and meet ACE’s fitness criteria, as outlined in our Booking Terms & Conditions. This tour offers a unique opportunity to visit places that are difficult to reach alone, but it will be strenuous, over much rough ground, with some long journeys and several hotel changes as well as internal flights. The climate will potentially be hot in places.

For customers who wish to make their own travel arrangements,  ACE is pleased to be able to offer a flight reduction of £275.

Morning talk followed by visits in Algiers (exploration of the Casbah and one or more of the Ottoman palaces within it, Jardin d’Essai). Afternoon: some free time. Early evening flight to Annaba for two nights at Hotel d’Orient.

Morning: hillside ruins of Tiddis, home of Quintus Lollius Urbicus (who built the Antonine Wall in Scotland). Afternoon: walking tour of the city of Constantine.

Drive south, crossing the Aurès Mountains through the Gorge of Tighanimine (Roman road-building inscription), visiting Ghoufi (abandoned village in the canyon of the Oued el-Abiod). Continue to Tahouda (site of ancient Thabudeos) and Sidi Okba. Return to Batna via the Gorge of El-Kantara (Roman bridge).

Please note that the itinerary represents a guide to what we hope to offer, and some elements may be subject to change or confirmation nearer the time. Owing to the unpredictability of certain local factors, travellers should expect to be more than usually flexible about the announced programme.
Days
13
Cost
£3795
Tour Code
ALGE-23
Places are limited.
Please contact the office
for more details.