Albania: From the Illyrians to the Ottomans

"Carolyn Perry was outstanding. She was able to combine academic expertise and extremely clear presentation skills with great enthusiasm for her subject and a relaxed, charming and considerate manner"

- ACE customer on previous Albania: From the Illyrians to the Ottomans tour

Naturally stunning, spanned by majestic mountains and dazzling coastlines, Albania is home to some of Europe’s most remarkable archaeological treasures. Warmed by the gentle sun of a Mediterranean autumn, we will take a voyage into Albania’s absorbing heritage and discover its place in the annals of European history.

Our journey begins in the bustling port city of Durrës. This multi-layered centre – which has assumed roles in both trade and conflict – began life as a Greek colony known as Epidamnos, and its walls have since witnessed centuries of Albanian history. Home to Byzantine, Venetian and Ottoman remains, the old town centre still bears many Italianate buildings from the first half of the 20th century.

Durrës is also our base for an excursion north. Originally an Illyrian settlement, Shkodër is one of Albania’s oldest towns, and played an important part in the resistance to the Ottoman invasion. Here we will take in the Great Mosque and English clock tower, and visit nearby Rozafa Castle, which looms high on a rocky outcrop and is connected with mysterious local legends.

Moving south, we will journey on to Krujë, the city of George Kastrioti, or Skanderbeg, Albania’s national hero. Dramatically located against a mountainous backdrop, Krujë also boasts layers of history and houses a museum to Skanderbeg in a historical citadel. It is paired in the afternoon with a visit to the city of a thousand windows: Berat. A fine example of an Ottoman town, Berat houses a partially inhabited citadel alongside the Byzantine Church of St Mary.

Two further UNESCO-listed sites are included on our journey: Gjirokastër, originally an Illyrian settlement and now an impressively preserved Ottoman town dominated by its pre-12th century castle; and the ancient city of Buthrotum (Butrint), described by Virgil as ‘Troy in miniature’ and boasting remains from both Epirote and Roman times.

A scenic drive through the ‘Albanian Riviera’ takes us via the intriguing castle at Porto Palermo to Fier. From here we make our final excursions to the ancient site of Apollonia, founded as a Greek colony in 588 BC and later home to a famous school of oratory, and to the Monastery of Ardenica, which witnessed the marriage of Skanderbeg and noblewoman Donika Kastrioti in the 15th century.

We stay throughout in comfortable hotels of three and four-star quality.

Tour Director Carolyn Perry was Manager of the Petrie Museum of Egyptian Archaeology, UCL, and since then has worked as a museum consultant with public and private collections in Europe and the Middle East. She frequently lectures on various aspects of the ancient Mediterranean and Islamic world and is a regular contributor to the British Museum’s public programme. She also has experience as a practical archaeologist, having excavated at sites across Italy. Carolyn is currently on the Advisory Board of the Ancient History Encyclopaedia, and is a Trustee of the International Association for the Study of Arabia, a Board member of CAABU and Director of the MBI Al Jaber Foundation, a UK registered charity. 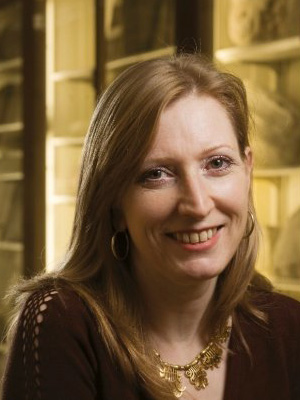 'The sites we visited were amazing as was the explanations our guides gave us, All first class. I would happily go on an ACE tour again.'

Carolyn Perry, BA, is an archaeologist and educator with extensive experience of the Mediterranean world. Following a degree in Classics and Archaeology, Carolyn lectured in Ancient History and Mythology at Queen Mary College, University of London, before spending several years in the Education Department at the British Museum. She was also Manager of the Petrie Museum of Archaeology, UCL.

Please note this tour has a very full itinerary involving a significant amount of walking, often over uneven and rugged ground at extensive archaeological sites. Visits often include a lot of steps and relatively steep inclines, for example at castles, and the terrain requires careful negotiation, including the cobbles in Berat, which can become slippery when wet. Participants should have a good level of overall fitness and be able to walk for up to 2 hours at a time. As our itinerary has been designed to make the very best out of our stay in Albania, we will be undertaking a lot of travel, and there will be a number of hotel changes across the tour.

For customers who wish to make their own travel arrangements, ACE is pleased to be able to offer a flight reduction of £250.

Morning lecture: An Introduction to Albania & the Illyrians. Morning walking tour of Durrës, including forum and amphitheatre. Afternoon: archaeological museum.

Morning in Butrint: 4th century BC walls, sanctuary to Asklepios, theatre.  Afternoon: Ksamil followed by free time in Sarandë.  Evening lecture: From the Byzantines to the Ottomans followed by free evening.

Please note that the itinerary represents a guide to what we hope to offer, and some elements may be subject to change or confirmation nearer the time.
Days
10
Cost
£2295
Tour Code
ALBN-22
BOOK NOW