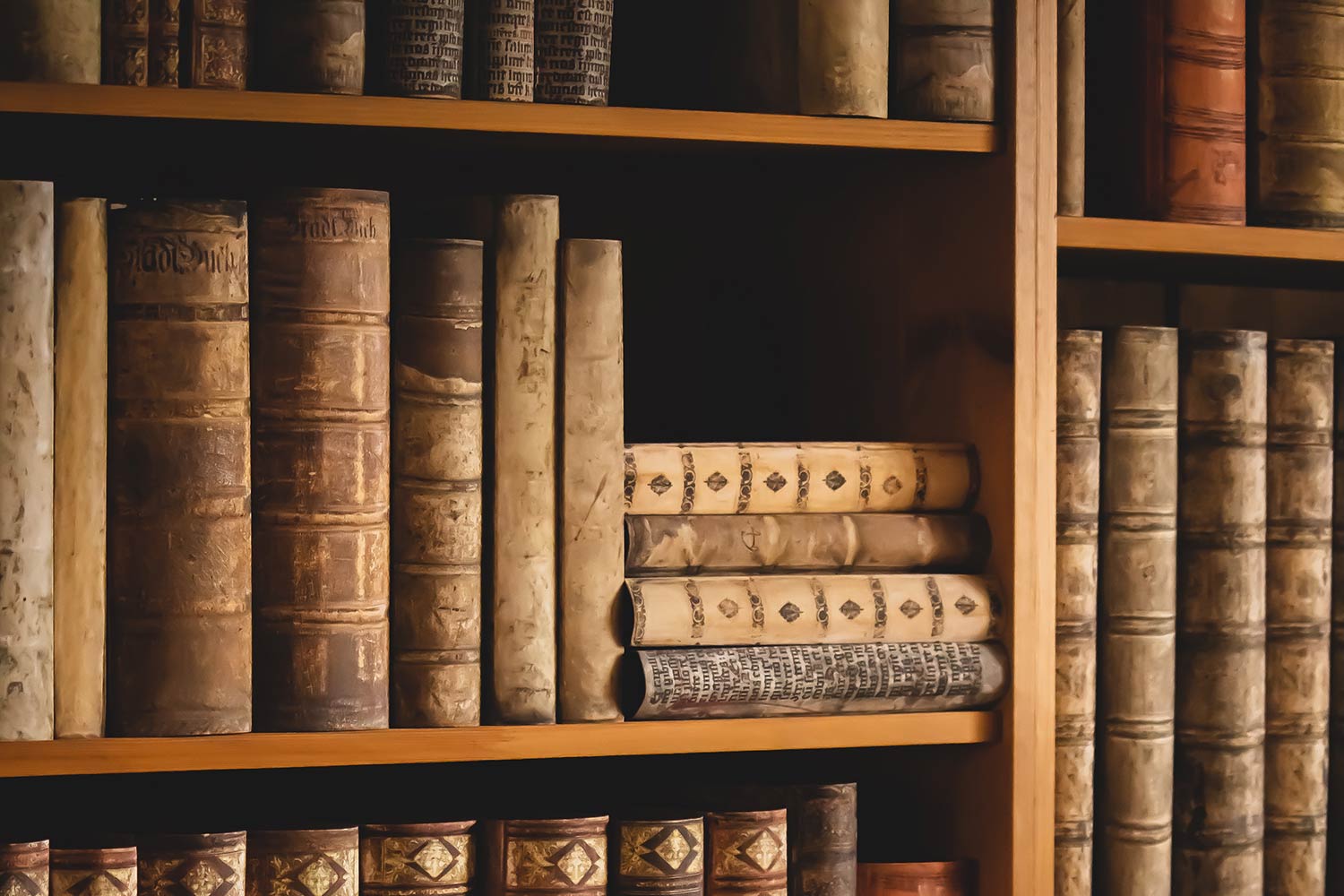 Following yesterday’s exploration of the library at Felbrigg Hall, part of ACE’s series of short cultural histories, today we focus on another outstanding collection of books in the ownership of the National Trust.

Ten miles further inland from Felbrigg Hall, towards the city of Norwich, stands another notable country house. Blickling Hall, also built in the 17th century, is an impressive Jacobean mansion particularly noted for its historical connections with the Boleyn family. It is, however, also home to a very important 18th century library.

The library at Blickling contains over 12,500 books, making it the largest single collection in the hands of the National Trust, and one of Britain’s finest private libraries. As at Felbrigg, this was not a collection put together for show, but a serious scholarly library. The books were originally acquired by Sir Richard Ellys, a cousin of the Hobarts family at Blickling, for his library in London, and span a variety of learned subjects: from the classics to theological texts, antiquarian volumes to maps, and books on the arts.

Sir Richard was interested in the history and provenance of his books, and their value for him must have lain not only in their contents and use for study – he made his London library available to scholars – but in their worth as objects and artefacts in their own right. Again, he acquired books through the use of an agent, who attended auctions on the continent on his behalf.

The books came to Blickling in the 1740s, and the Long Gallery was turned into an impressive library to house the many volumes. Often Elizabethan and Jacobean country houses were built with long galleries as spaces in which to house collections of family portraits, and to be used for exercise during inclement weather. At Blickling, this room was repurposed to accommodate the collection of books, and a series of portraits previously on display in the Long Gallery were relocated to the Great Hall.

Highlights of the Blickling library include astronomical works such as De Sphaera Mundi, dating from 1478, and a copy of the Eliot Indian Bible, dating from 1663. A project inaugurated in 2015 by the University of East Anglia in partnership with the Norfolk Heritage Centre, entitled ‘Unlocking the Archive’, has recently collaborated with the Blickling Estate, with the aim of shedding light on this great library’s significant holdings of Renaissance books.

Photo by Dana Ward on Unsplash